Drowsy Driving at Night Shifts has also been a major concern for the company. Various surveys and studies have revealed that the same is more of Behavioural aspect of Safety which needs counselling and raise in Awareness among all.

Keeping in line with same, the JSR branch of the company had taken up a campaign from 5/11/2017 to 12/11/2017 at the premises of TSL JSR to raise the awareness of the Hazard and its implications and mitigation. The campaign was also carried out to mark the International Drowsy Driving Prevention Week.

The campaign was launched at TSL WGO Building by Mr. Surjit SInha (Chief of Agglomerates) and Mr. Satyanrayana (Sr. Manager Safety IM Div) of TSL and was carried out at various locations of TSL JSR premises.

In the campaign all the Heavy Vehicles Drivers were handed over with leaflets with notes of how to prevent drowsiness while operating at the nightshift, importance of proper rest to avoid fatigue etc. 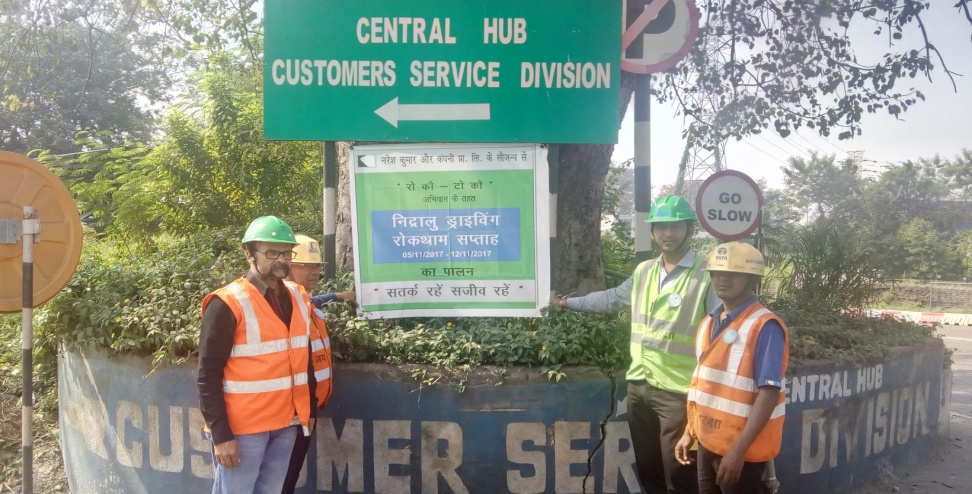 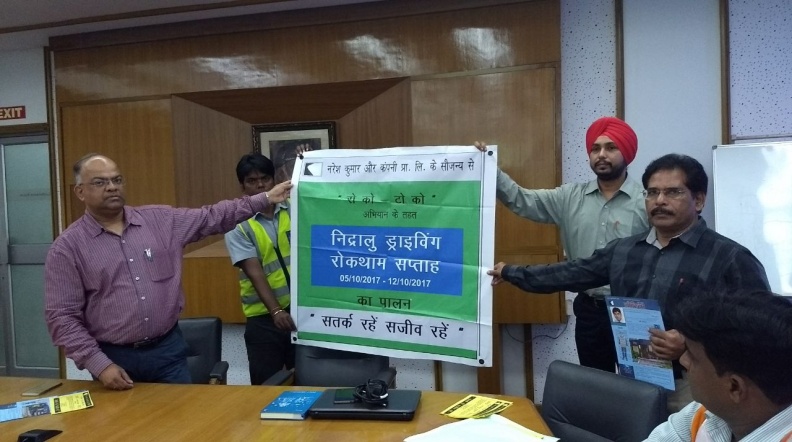