A Night Vision Laser Alert Device has been initiated by NKCPL JSR in its RMM Operational Site of Tata Steel Ltd for the Dumpers to enhance the Alertness of the drivers especially during operations during the night, fogy and smoky areas and times.

The device has been initiated on a trial basis with approval from the concerned TSL departments and if found successful, the same shall be deployed on the entire operational fleet of the RMM & MRD. 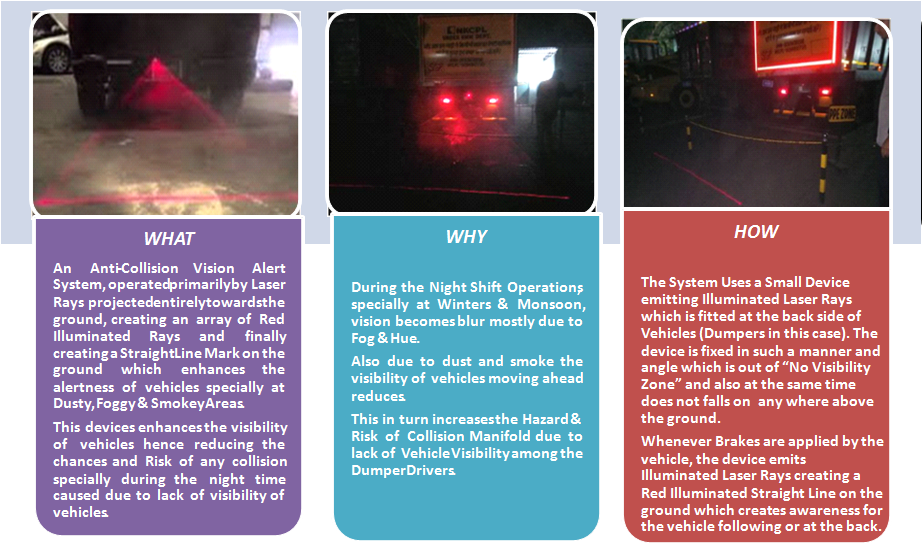